What happened in China last week. Should we care? Our chief economic advisor, Jonathan Slattery, has put together a comprehensive summary of how we're going to be affected as a country and an industry.

We all know and love the phrase ‘made in China’. From clothes, electronics, cars or software China has taken the mantle of the ‘Worlds Workshop’ and is the second largest economy after the U.S. So last week people took notice when the Shanghai Composite Index lost 8.5% in a single day’s trading, the largest days loss since the 2008 meltdown. The big difference between now and then was that China’s economy was actually growing in 2008, but 7 years later it looks as if the years of 10, 9, or even 7 per cent growth are a thing of the past for China, at least for the next couple of years anyway without some unexpected global event. 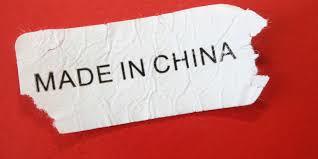 Many commentators are saying that this is the way of the world, what happened on black Monday last week was just the correction in the over vaulued Chinese stockmarkets as the economy slows down. It is difficult to get a proper read on how well the economy is doing as the Chinese are not the most transparent, but according to Business Insider the Chinese economy is looking like a growth of 4% this year, which would be music to any European governments ears or even the U.S. goverment. But when you are used to having numbers like 7% and 9% for the last decade, 4% is going to seem like a recession to the people of China. The unqenchable thirst for labour and commodities has already been seen to be coming to a head. The market saw the price of metal, cotton, coal, copper and of course oil taking a beating last week (the price of oil at $40 a barrel is also due to the oil glut).

What do we care if the Chinese economy is slowing down? Well if a product has the tag ‘made in China’ it also means ‘bought by China’, having been the number one importer of commodities coming from Australia like iron, cotton, copper, ect. as production decreases it means it will be buying less of these things. Australia hitched a ride on the success of China’s rise over the past three decades exporting massive quantities of raw materials to the Orient. The mining industry Down Under is already ailing and last weeks market fluctuations will only see worsening conditions for farmers and mines who are counting on exporting their materials to China at a price that is profitable. As commdoties take a hit, no new mines will be opened and production in existing ones will slow, the Australian government will have less revuenue from tax and begin to see more unemployment from these sectors.

The Aus dollar has been losing value since last weeks turmoil and investor confidence is low in that region of the world. China has been devaluing the yen, lowering interest rates to encourage borrowing and has allowed government funds to buy stocks to try and bolster the markets, but this has further fueled speculation that the rebound could just be the dead cat bouncing.

Could this be the end of the ‘Wonder Down Under’? Australia has gone for the last 25 years without a recession but that success has been owed in a no small part to the success of China. This comes at a time when fears of a property bubble in Sydney and Melbourne are on the tip of everybody's tongue. Median house prices in Sydney are at 1 million dollars, beating London in price. With unionised building sites so expensive in Victoria this could have a real impact on the construction indsutry there if there are big cut backs needed. Australia has got tighter regulatory controls than had in the U.S. in 2007 but it is widely held that a correction in price is on the horizon. If we knew exactly when, well then we would all be rich people but with the recent revelations about the economy in East Asia which will have a direct effect on Australia this may very well be the pin the pops the bubble. It could be the perfect storm brewing for Mr. Abbott and his friends and one which could set off a domino effect throughout the wider economy.

25 years is a very long time, lets hope the successive Australian governemnt’s have not been complacent and have prepared for such an event if it comes to pass.

So what happened in China was a long over due correction and yes Australians should keep an eye on events over the next couple of weeks as it will have a direct impact on them.