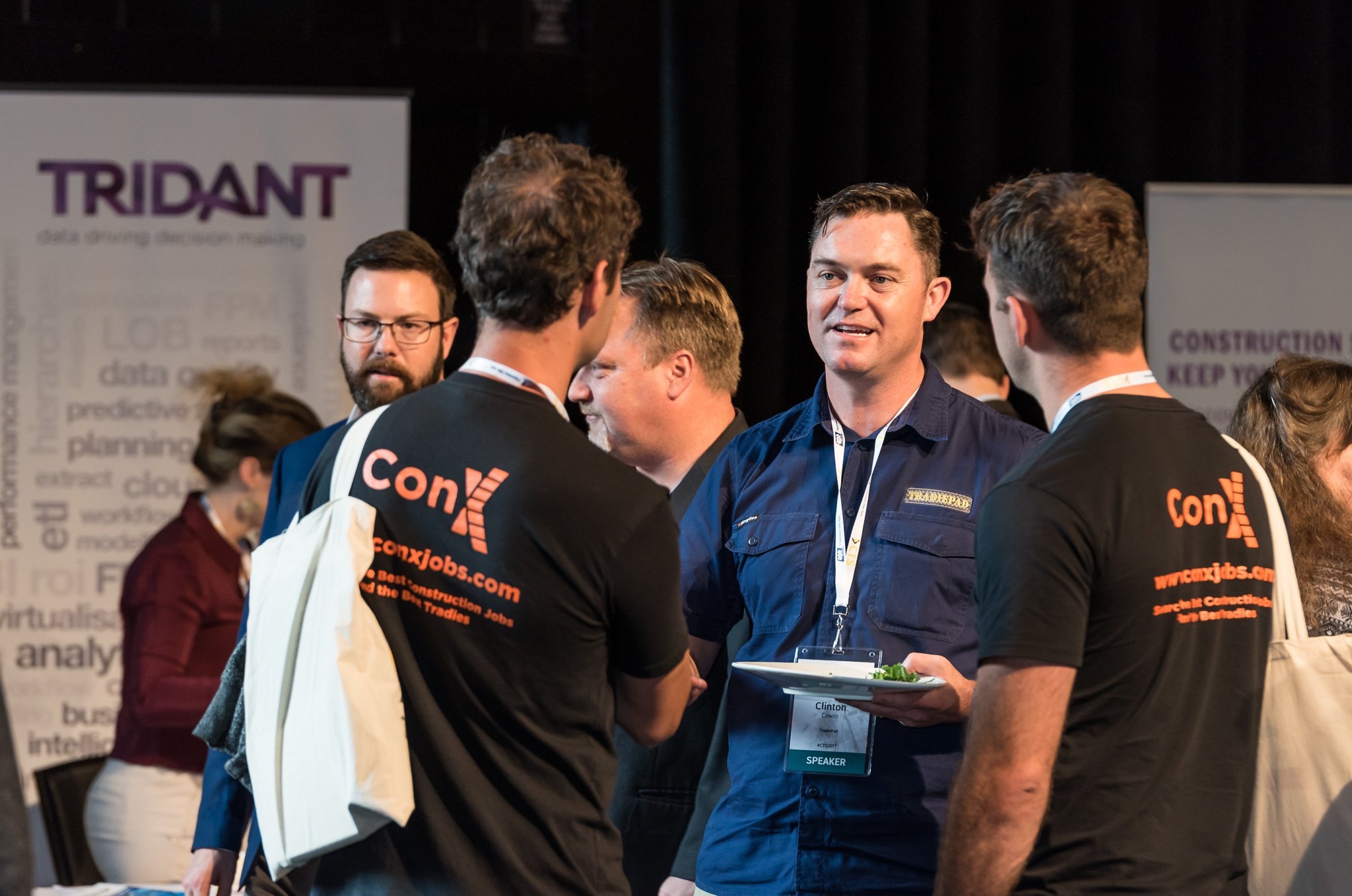 
Last week, the ConX team travelled down to Melbourne to attend the second Construction Technology Summit, hosted by Aconex and the Victorian State Government.
It was a great few days, with the first days event taking place overlooking the city in the Investment Centre Victoria. Guests heard from a panel of VC’s and successful startup players such as Didier Elzinga of Culture Amp. Following this, everyone moved down to Aconex head office where beer on tap flowed. The days proceedings wrapped up with a startup dinner in the hip Flinders lane that ran well into the night.
The official Construction Tech Summit kicked off early on Wednesday morning in the Docklands with a host of great speakers, panels and breakout sessions scheduled throughout the day. Startups such as Assignar, Sign on Site and Acuite were exhibiting in the main room.
Roberts Pizzarotti CEO Alison Mirams spoke excellently on a panel about “Building and retaining tomorrow’s workforce”. She highlighted their attempts as a new Tier 1 contractor to bring immediate change the industry from the top, offering more “work-life balance” and less pressure to her own workforce.
A panel discussion with folks from Built and GrowthBuilt on “Leveraging data analytics to deliver more efficient and profitable projects” emerged with a big message to not underestimate the importance of API’s when building and integrating software.
Our pal Clinton from TradiePad gave a great presentation on subbies and how they are adopting technology to run a paperless business. He brought two of his customers in for Q&A which gave first hand accounts of the pain points trying to run an SME subcontractor business in the construction industry.
The day was brought to a close with Selina Short from EY and Alex McCauley, CEO StartupAus launching the report Digital Foundations: How Technology is Transforming Australia’s Construction Sector in which ConX is proudly featuring. A fantastic insight into the industry, the report was produced by StartupAUS in conjunction with the Victorian Government, EY and industry partners including Aconex & Lendlease.

The ConX got a mention from Alex on stage, correcting the total investment raised in the sector from $98m to $99m, following the recent closing of our $1m seed round.
It’s rare that Construction Tech Startups get together, but when they do, there is a real sense of camaraderie and collaboration. One of the big call outs from the StartupAUS report, was for a centralised hub where startups, investors and industry could work alongside each other, similar to how Stone & Chalk operates for the FinTech sectors, and after two great days, we can certainly see the value. Who better than Aconex to lead the charge.