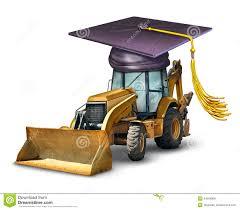 Leading research analysts suggest that the value of a degree is questionable if costs of obtaining one increases under the Federal Government's plan. Trade is becoming increasingly competitive as people realise that the benefits of an apprenticeship exceeds the cost of university. As the number of stable-full time jobs shrink, Dr Oliver - expert research analyst in the Workplace Research Centre at USYD Business School, encourages this generation of school leavers to weigh their options.

Are the cost of degrees worth the salary you get once you've graduated? Probably not. Mathematicians from the Australian National University have put in the hard yard and worked it out for us:

• By contrast, second-year apprentice plumber Zach Reznik already has a full-time job in his chosen field.

He earns $28,000/year while he learns his trade but he can expect that to more than double once he completes his four year training. Of course, these values vary on the degree of choice but apprenticeships are starting to look like an appealing choice.

Check out the apprentice jobs on ConX today.