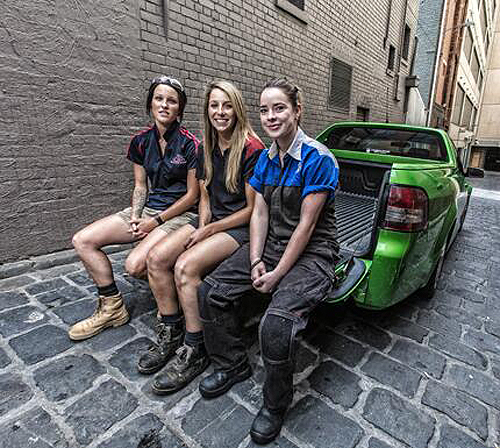 Women who work in trades are not princesses, says carpentry apprentice Juliette Liddle. ''The princesses don't make it,'' she laughs.

Since 2010, Government efforts have inputted more than $300,000 into programs that help ease women into the industry.

Northcote's APlus Apprentice and Trainee Services have also jumped on the bandwagon providing 40 female students with the opportunity to work with non-female traditional trades.

But is it enough?

Women are also faced with social barriers and gender biases. Employers are afraid of the language most 'appropriate' in the workforce and raise questions like women's availability as a worker when there are plans for them to get married as soon as their apprenticeship is over. Further, what kind of father would encourage their daughter to work in an industry that is renowned for being a man's world?

It's enough to get the ball rolling.